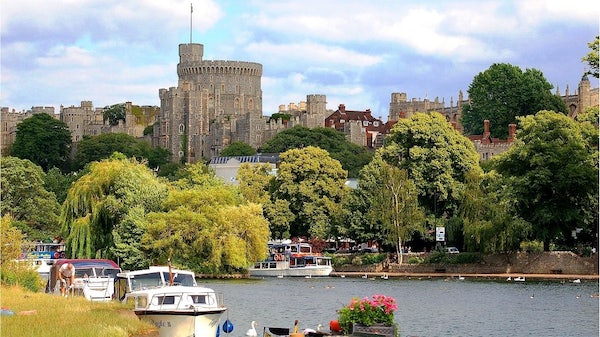 A fascinating day out to three of our national treasures, Windsor Castle, Stonehenge and Georgian Bath.

Windsor Castle:
Built high above the River Thames, Windsor Castle has been home to the Royal Family for 900 years and is still an Official Residence of the Queen. We visit the magnificent State Apartments*, still used for State occasions and Royal receptions. Take some time to explore the castle grounds and the fourteenth-century St. George’s Chapel, one of the most beautiful examples of medieval church architecture in England and a burial place of kings and queens, including Henry VIII and his third wife Jane Seymour.

Stonehenge:
Clouded in mystery, the ancient stone circle of Stonehenge is an amazing feat of engineering and the most important prehistoric site in England, but beyond its archaeological significance and possible astronomical role, Stonehenge is also a place of spiritual importance. Early legends link it with Merlin and King Arthur, but over the last hundred years the midsummer sunrise has attracted pagan groups and followers of the Ancient Order of Druids.

Bath:
We also visit the beautiful Georgian City of Bath and take you on a panoramic tour of some of the finest architectural sights in Europe, including Bath Abbey, the Royal Crescent, the Circus, Assembly Rooms and the famous Pulteney Bridge. Explore the Roman Baths, built around thermal springs, which have been supplying water for over 2,000 years. In Roman times a great Temple was built next to the sacred spring – the waters were believed to have healing properties and attracted visitors from across the Roman Empire.

Admission to Windsor Castle, Stonehenge and the Roman Baths is included in the tour price. Viewing at Windsor Castle is restricted on Sundays.
On rare occasions the State Apartments may be closed.

Stonehenge is closed to visitors on 21 June for the Summer Solstice, but we will stop and view the stones from the road.