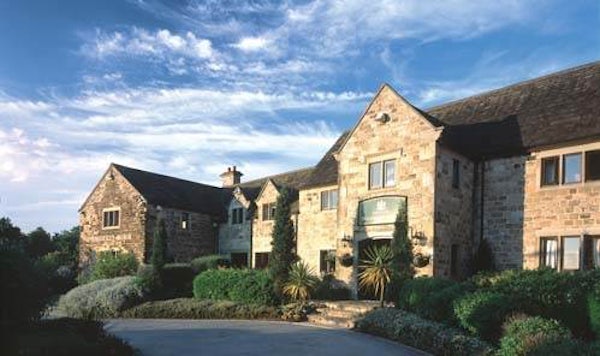 ​Tankersley Manor began life as a 17th century manor house that surpasses itself on the quaintness and charm front, with its stone windowsills and original oak beams.
The award winning grounds are the epitome of a countryside idyll and the spectacular scenery of the Peaks and the Dales that waits on the doorstep is equally stunning. The rooms are little havens of loveliness tucked into the original manor and a sensitively designed extension.
But the thing that really takes you out of the day to day and puts you in a different time zone is the hospitality; something Yorkshire folks are very proud of. The welcoming attitude has a very calming effect, leaving you relaxed, full of smiles and ready to slow down and squeeze the most out of every minute here.
If that doesn’t do it, then a trip to the spa certainly will.
Suffice to say that bedrooms at Tankersley Manor are rather nice. There are 100 all together, including 2 Suites, 10 Junior suites and four Feature rooms, and they represent the pinnacle of luxury at QHotels.
Tankersley Manor is a beautiful country house which is just a whisker from junction 36 of the M1 motorway and classically combines traditional, charming meeting rooms with an adjoining modern and conference complex.