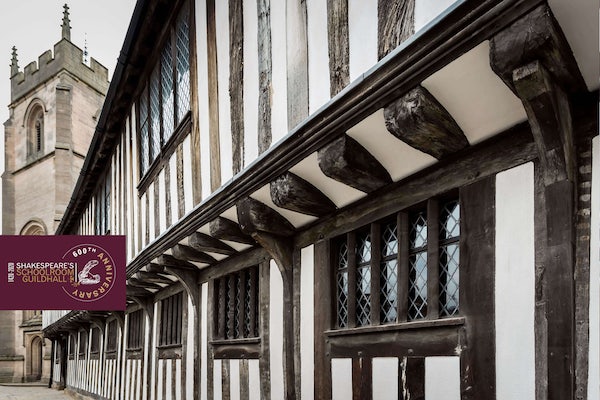 Shakespeare’s Schoolroom & Guildhall is where it all began for William Shakespeare.
It’s where a bright Midlands schoolboy was educated over several years and inspired to become the world’s greatest playwright.
Your visit to Shakespeare’s Schoolroom & Guildhall will bring to life William’s time as a schoolboy, from about 1571 to 1578. You’ll find out how his outlook and ambitions were formed by the lessons he attended at the Guildhall and the plays he saw there.
You’ll follow in William’s footsteps, exploring the classroom where he studied between the ages of 7 and 14. You can watch a short film about the kind of lessons he went to, and try some Tudor homework. You can even take part in a live Tudor lesson under the watchful eye of a ‘master’!
A visit to Shakespeare’s Schoolroom & Guildhall has something for everyone. You’ll have fun, and you’ll discover amazing stories. You’ll come a lot closer to knowing the real Shakespeare and understanding his formative childhood years.
Historian and broadcaster Michael Wood has called it “one of the most atmospheric, magical and important buildings in the whole of Britain.” Outstanding timber-framed architecture, rare historic wall paintings and a rich legacy of amazing stories make it one of Stratford’s must-see sights.