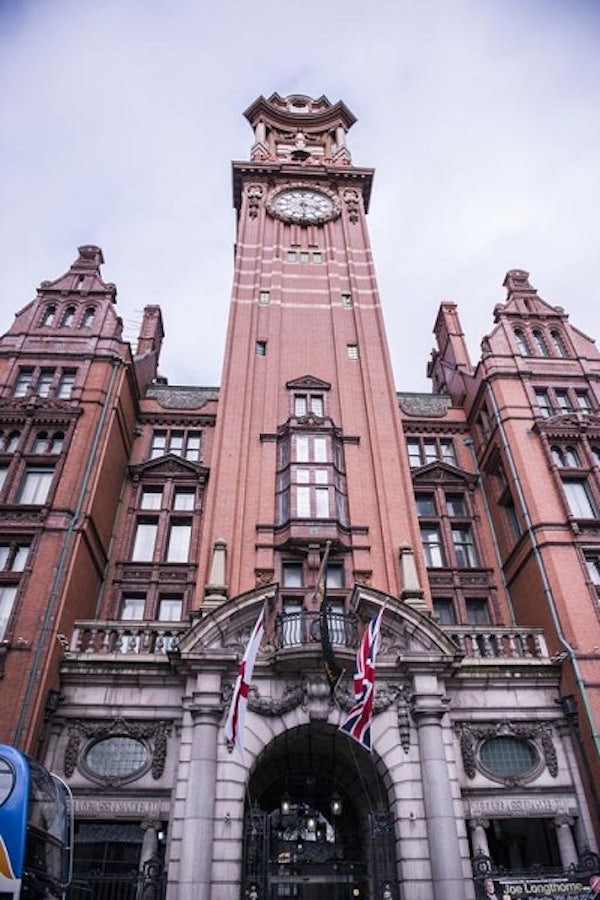 ​Set in the heart of Manchester’s vibrant city centre, opposite Oxford Road Station and just a 10-minute walk from Manchester Piccadilly, The Principal Manchester is perfectly located to discover the city, and is close to many of the city’s attractions.
With its clock tower and striking Victorian architecture, The Principal Manchester is an unmistakable landmark in the city’s skyline. A magnificent, terracotta Grade II listed building, the hotel has a history dating back to 1890, when it first opened as The Refuge Assurance Company headquarters.
No two rooms are quite the same, but the features mainly derive from their location: Alfred Waterhouse’s 19th-century original building; Paul Waterhouse’s clock tower extension; or the block built in the 1930s. All of them were completely refurbished in 2016 as part of the multi-million pound launch of The Principal Manchester.
The Refuge restaurant has become a firm favourite with guests and locals alike. The award-winning team from Volta in West Didsbury have curated a series of spaces including the Refugee’s Dining Room and Public Bar.