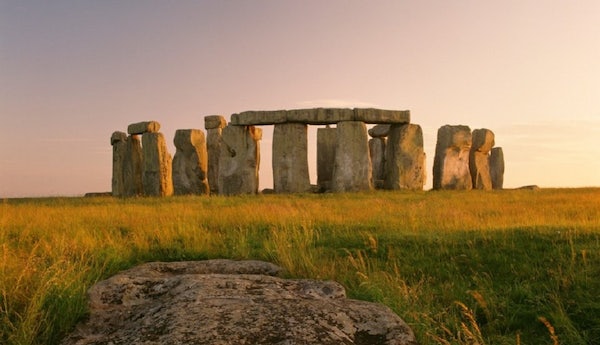 Bath, Stonehenge and the Cotswolds

For this tour we offer the traveler the best of the west of England. A combination of the ancient monument of Stonehenge, a stunning Cotswolds village and the popular and beautiful city of Bath.

We begin with a drive through chalk downland, passing thatched cottages and charming villages, taking us to Salisbury Plain and to the ancient Kingdom of Wesses. We arrive at Stonehenge and our guide will enrich us with facts and theories behind this most famous of Stone Age structures. A temple, a clock, place of worship, burial site for the elite? We learn of what is known and what might never be known as we spend the later part of the day at this powerful location.

After Stonehenge we make a short journey along the back roads to the elegant city of Bath. People have been visiting Bath since the time of the Celts, back in the days of prehistory. Later the hot water was utilised by the Romans in the 1st century AD when they called this place Aqua Sulis. We can explore the Roman Baths and walk on the very pavement walked on by Centurion and Citizen alike almost two thousand years ago. Later in the Georgian Era of the 18th century, the rich and wealthy arrived from London to ‘see and be seen’, they too took the waters to rid themselves of stiffness of the joints and gout. An elegant city of squares, crescents, terraces and circuses grew up around the baths and we take a guided drive around this part of the city before leaving Bath.

Our next stop is the delightful village of Lacock. Untouched by modern hands this charming place has been used in many films such as Cranford, Moll Flanders, Pride and Prejudice, Downton Abbey and Harry Potter. We enjoy a guided tour of this lovely village.

Our final spectacular site is the stone circles at Avebury. Sixteen times larger than Stonehenge, this historic location has over a hundred standing stones and a circumference so large that the village of Avebury, with it’s thatched cottages and village pub lie right inside. We end our tour within these ancient stones and within this tranquil English village before our return to London.

On the return to London your driver will drop you at Victoria Train Station in the city centre by aprox 18.30 hrs.

As we travel in smaller vehicles, we normally use the most scenic routes, where large coaches are prohibited from travelling. Additionally, as our group sizes are smaller we are able to spend more time out of the vehicle. We also employ only the very best driver/guides.

CANCELLATION POLICY: May be cancelled free of charge up to 7 Days prior to tour date. 100% charges apply for cancellations with less notice.